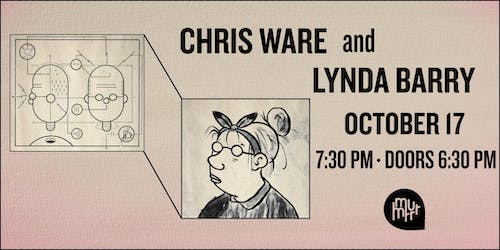 iCal
Google
Murmrr Lit is proud to welcome Chris Ware and Lynda Barry for a special launch of their new books. Naomi Fry will lead the discussion. 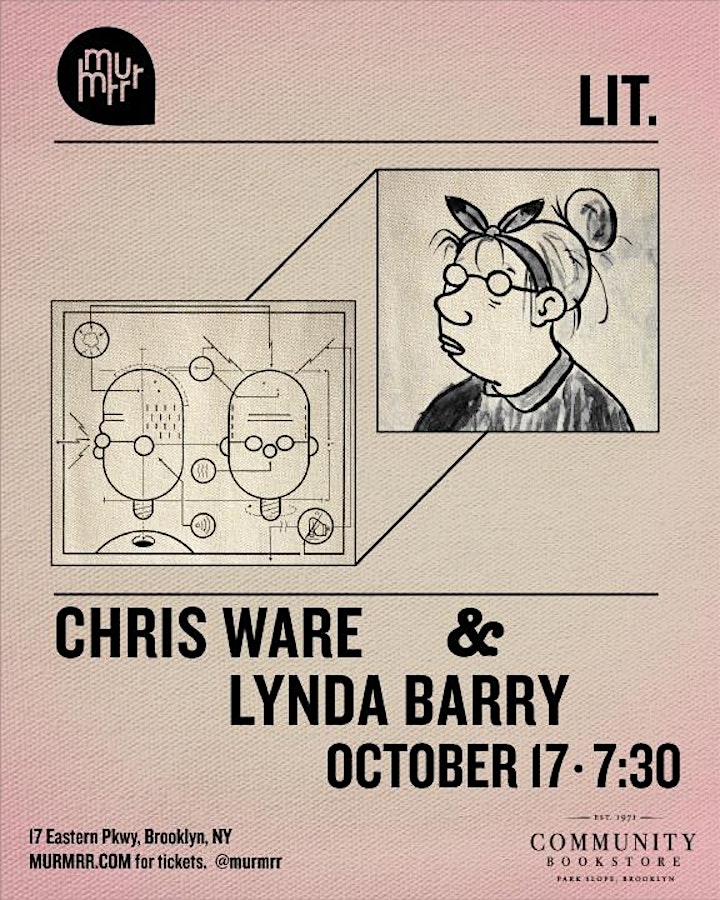 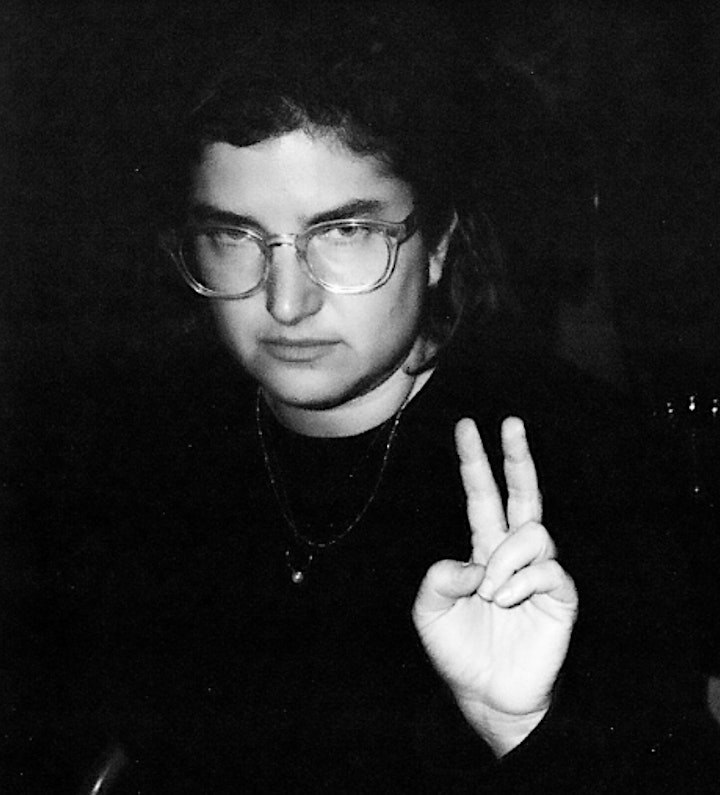 Chris Ware is widely acknowledged to be the most gifted and beloved cartoonist of his generation by both his mother and fourteen-year-old daughter. His Jimmy Corrigan: The Smartest Kid on Earth won the Guardian First Book Award and was listed as one of the 100 Best Books of the Decade by The Times (London) in 2009. Building Stories was named a Top Ten Fiction Book of the Year in 2012 by both The New York Times and Time magazine. Ware is an irregular contributor to The New Yorker, and his original drawings have been exhibited at the Whitney Biennial, in the Museum of Contemporary Art in Chicago, and in piles behind his worktable in Oak Park, Illinois. In 2016 he was featured in the PBS documentary series Art 21: Art in the 21st Century, and in 2017 an eponymous monograph of his work was published by Rizzoli.

Lynda Barry has worked as a painter, cartoonist, writer, illustrator, playwright, editor, commentator, and teacher and found that they are very much alike. She is the inimitable creator behind the seminal comic strip Ernie Pook's Comeek as well as numerous comic books and graphic novels, and is the recipient of both the Eisner Award and the R. R. Donnelly Award. She lives in Wisconsin, where she is an associate professor of art and a Discovery Fellow at the University of Wisconsin–Madison.

Naomi Fry is a staff writer at The New Yorker, where she writes about popular culture, books, and art.

A major graphic novel event more than 16 years in progress: part one of the ongoing bifurcated masterwork from the brilliant and beloved author of Jimmy Corrigan: The Smartest Kid on Earth and Building Stories.

Rusty Brown is a fully interactive, full-color articulation of the time-space interrelationships of three complete consciousnesses in the first half of a single midwestern American day and the tiny piece of human grit about which they involuntarily orbit. A sprawling, special snowflake accumulation of the biggest themes and the smallest moments of life, Rusty Brown literately and literally aims at nothing less than the coalescence of one half of all of existence into a single museum-quality picture story, expertly arranged to present the most convincingly ineffable and empathetic illusion of experience for both life-curious readers and traditional fans of standard reality. From childhood to old age, no frozen plotline is left unthawed in the entangled stories of a child who awakens without superpowers, a teen who matures into a paternal despot, a father who stores his emotional regrets on the surface of Mars and a late-middle-aged woman who seeks the love of only one other person on planet Earth.

For more than five years the cartoonist Lynda Barry has been an associate professor in the University of Wisconsin–Madison art department and at the Wisconsin Institute for Discovery, teaching students from all majors, both graduate and undergraduate, how to make comics, how to be creative, how to not think. There is no academic lecture in this classroom. Doodling is enthusiastically encouraged.

Making Comics is the follow-up to Barry's bestselling Syllabus, and this time she shares all her comics-making exercises. In a new hand-drawn syllabus detailing her creative curriculum, Barry has students drawing themselves as monsters and superheroes, convincing students who think they can’t draw that they can, and, most important, encouraging them to understand that a daily journal can be anything so long as it is hand drawn.

Barry teaches all students and believes everyone and anyone can be creative. At the core of Making Comics is her certainty that creativity is vital to processing the world around us.

Please note: all books will be pre-signed by the authors. There will not be a public signing at this program

Your ticket purchase supports Community Bookstore + Murmrr. Murmrr is an arts organization that strives to host artists whose work is daring, inventive, provocative, compassionate, and timely