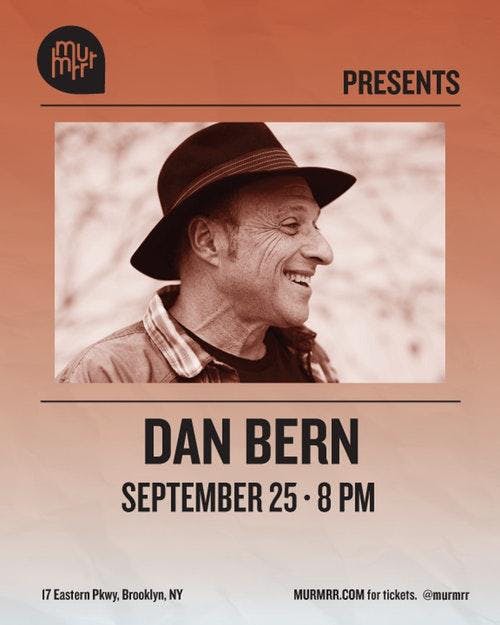 Dan Bern’s highly anticipated new album “Regent Street” comes out September 13th. A stunning collection of songs that plumb new artistic depths, “Regent Street” is a stand-out in Bern’s impressive discography. Bern may be best known for his masterpieces “Jerusalem,” “Marilyn,” and “Tiger Woods,” but he has also released 25 albums and eps, and played thousands of shows across North America and Europe. He is a captivating live performer with a loyal, multi-generational following. Ani DiFranco, an early supporter of Bern’s, took him on tour with her and produced his second album, Fifty Eggs. Bern has written original songs for the films Walk Hard—The Dewey Cox Story and Get Him to the Greek, as well as the 15-song soundtrack for Everett Ruess, Wilderness Song, a documentary produced by Jonathan Demme.